Einstein lived in the Bern, Switzerland house, from which these stairs came, from 1903-1905.  In 1905, Einstein elaborated on his revolutionary Special Theory of Relativity, which changed the human vision about the world and the universe.  Einstein is considered one of the most significant scientific thinkers of the 20th Century.

SWITZERLAND: Einstein lived on the second floor of the house shown below. He lived in this flat with his wife, Mileva Marié, and their son, Hans Einstein.

For another Resa Royale Necklace by the Swiss designer who cut the stone from these stairs, see: https://www.resaroyale.com/jewelry/necklaces/austrian-river-rock-necklace/ 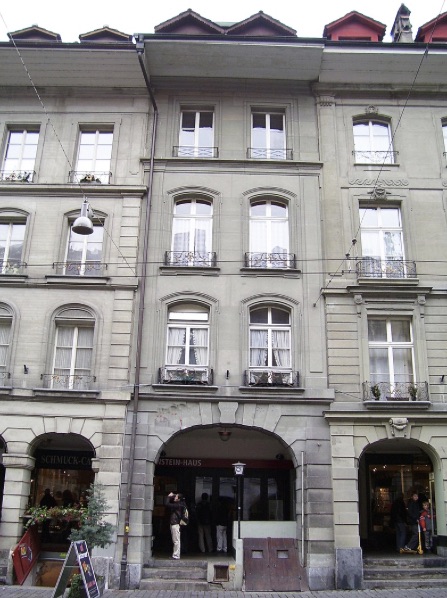