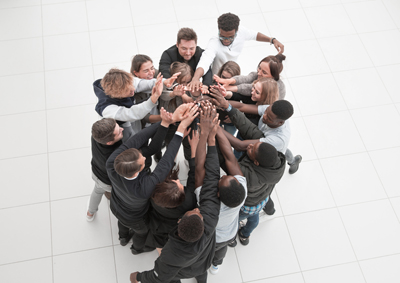 I have heard it said many times, that when admirers went to see Mother Teresa in Calcutta, she who would often tell them: “Go find your own Calcutta”. It makes me smile just to think of her very direct nature and her truth in so few words.

Mother Teresa became this incredible person in history because she put people in showers who were found on the streets soiled by their own excrement. She dressed them in clean underwear. She put them in a bed with clean sheets and she gave them something to eat and drink. For some, these may have been the last and final experiences of their lives before their journey from this world to the next.

In my life, I find it difficult to relate to the dying, destitute people for whom Mother Teresa cared. I find it equally hard to consider myself as Mother Teresa- especially now, as I stave off any chance that there may be a virus at my home or in my body. How did Mother Teresa avoid getting sick herself? And how did she avoid the effects of dark despair, fatigue and loneliness? It all had to have taken its toll.

I can only think that if a person is doing such incredible work, that God gives them the health, the strength and the resources that they need to do that work. That is- Mother Teresa had to have had supporters- supporters who financially gave, who sent words of encouragement and who lent a helping hand. It has to be for anything as great as what Mother Teresa accomplished, that there were others who chose to support Mother Teresa and to physically and emotionally fill the depth of her body and her soul’s strength. They were a part of her story.

So “Where is our Calcutta”? We are called to help one another- whether by financially supporting one another, by giving of our time or by the gift of our talents in aid of one another. There is a Calcutta seemingly everywhere we look. It is waiting for us to join with others to make this World a better place. Let’s work to make a difference!

At Resa Royale, we sell Jewelry from designers from all over the World- incorporating their cultures, their minerals and their talents into their jewelry. See us at www.ResaRoyale.com  If that is not of interest to you, forget it! By working together, we can make our World better.

Want to join the discussion?
Feel free to contribute!